A common political will: Share the ambition to give the Mediterranean basin a social and economic place of choice in a newfound peace and in respect for the future through an exemplary practice of the rules of sustainable development.

While political leaders are debating the future of collaboration and unions between Mediterranean countries and European countries, the RMEI wants to be an actor for sustainable development in the Mediterranean and innovation.
The RMEI allows its students to have a good image of training and research in the Mediterranean countries, which is an important asset for the Mediterranean in the globalization of the economy. It situates its action within the framework of innovation and territoriality, areas which were not major axes of training for engineers. It wants to train "engineers/managers/architects-citizens" open to the major challenges of our societies.
This promotion of the Mediterranean in the minds of students will reduce their desire for expatriation and therefore slow the loss of young talent.
The RMEI also offers the local authorities concerned a pool of high-level academic researchers who can get involved in the identification, monitoring and evaluation of research and innovation policies in the Mediterranean basin. It wants to be a force of proposal and action. It facilitates meetings between researchers, which makes it possible to respond as quickly and efficiently as possible to international calls for tender (Med, Neighbourhood, Tempus programs, etc.).
The RMEI acts as an interface between the business world and the technical colleges and universities. It must facilitate and intensify the relationship between Universities - Grandes Ecoles - Research Laboratories - Mediterranean Companies in the service of innovation but also the recruitment of competent engineers and scientists, challenges for large industrial groups but also for SMEs/VSEs in the Mediterranean.
The RMEI is open to other regions of the world through its close links with many laboratories located in Chinese, Japanese, Russian, Brazilian, American, … and … European universities.
The RMEI is a network of conviviality where universities from countries rub shoulders which, unfortunately, have little dialogue with each other. On a very modest scale, it contributes to the development of cultural tolerance.
The RMEI is committed to disseminating the results of its action to major international organizations (United Nations decade, UNESCO, UfM, etc.), at conferences related to sustainable development, territoriality, economic activities and the Mediterranean .
The RMEI is also aware of the major effort to disseminate its action locally in the suburbs, to schoolchildren and to any local committee concerned with societal approaches to sustainable development.
This policy is translated through the various RMEI working groups. 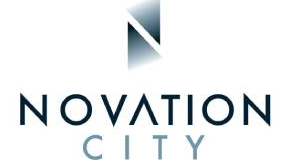