Mediterranean Network of Engineering Schools created in June 1997 at the initiative of the Ecole Supérieure d'Ingénieurs Group of Marseille (ESIM), the establishment of the CCI Marseille-Provence.

In 2007, the RME found itself with a legal structure (1901) which strengthened its autonomy and its possibilities of collaboration between its members. local and the business world.

At the Michelangelo workshop in April 2012, an official creation of the GAMe structure, acronym for "Giovani Ambasciatori Mediterranei". This structure is managed entirely by students and correspondents in the majority of countries concerned by the RMEI.

At its meeting in May 2013, the office declared the principle of hosting a new college within RMME corresponding to the RMEM, Mediterranean Network of Management Schools. At the beginning of 2014, the RMEI is made up of 98 members from 16 Mediterranean countries, 22 associate members and some countries in the Mediterranean area (Brazil, Black Sea, Russia) and the GAMe structure.
Since its creation, the CCIMP (Chamber of Commerce and Industry Marseille-Provence), the City of Marseille, the General Council of the Bouches du Rhône and the Regional Council of Provence-Alpes-Côte d'Azur. It has also been supported by UNESCO (Chair 651 Innovation and Sustainable Development). Since 2010, the RMEI has received significant support from the municipality of Civitavecchia where GAMe's headquarters are located.

Since its inception, the RMEI wants to highlight the specific strengths of the Mediterranean, based on increased efficiency, through the networking of the grandes écoles, universities and other partners of the Mediterranean tour:
- a historic Mediterranean identity, multicultural, between vectorial modifications and economic activities, a cradle of great civilizations and major changes (renaissance ...);

- a current crossroads of cultures and exchanges, the source of creativity;

- a unique position of the interface between Europe, Africa, and the East. 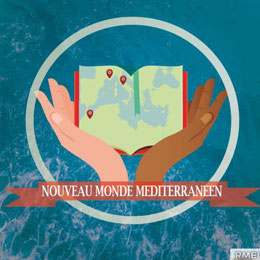